7 Best Practices for Creating an Integration Center of Excellence 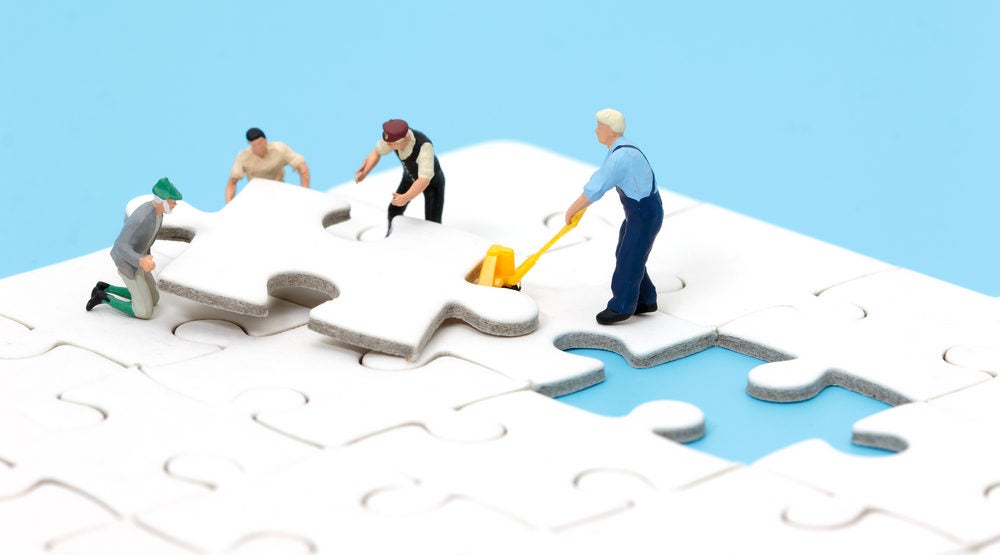 At my company, TechStone, we’ve worked with enterprises in markets ranging from retail to energy to waste management, helping them create integration centers of excellence (ICoEs). And we have witnessed first-hand the benefits that ICoEs can deliver for organizations — benefits such as reduced labor costs, faster time-to-market, and greater interdepartmental collaboration.

Working on these projects with multiple companies over many years, we’ve had the chance to see what works and what doesn’t, regardless of the size of the company or the industry it’s competing in. Drawing on that experience, here are seven best practices for creating an ICoE.

Learn more about the strategic role of an integration center of excellence. Read our new ebook, “Reinventing the Integration Center of Excellence.”

As consultants, we’re in the people business, and people are the foundation of the ICoE.

Integration is about connecting things that are separate. It’s work that inherently touches multiple areas in an enterprise. Your center of excellence team should bring people together from separate departments and organizations within the enterprise.

Typically, an ICoE will include enterprise architects, preferably senior architects who understand both IT and business. The center should also include integration specialists, who will likely be developers. The center needs developers who will handle migrations, data mapping, integration testing and unit testing.

The center also needs subject matter experts (SMEs) from various departments and disciplines. The SMEs should include people not only from departments whose applications and data are directly affected by integration — departments such as HR, Finance, Manufacturing etc. — but also from various roles, such as security and compliance. At least some of these SMEs should have experience managing projects.

Most importantly, the ICoE team should include people who are forward thinkers, capable of defining and refining architectures for the future.

Once you have your team assembled and stakeholders identified, focus on creating a clear plan that defines the process for creating and managing your ICoE.

Early in our engagements with clients, we develop a project charter that defines business goals and technical goals for an ICoE. The scope of the charter is critical: it needs to cover both IT and business goals. The center should be building technical skills and resources so that the enterprise overall can more readily achieve its business goals.

To put together this charter, you will need to bring together business stakeholders and IT stakeholders and identify goals of interest to both groups. This list should include long-term goals as well as short-term goals that will be met in the first few months of the center’s existence.

As you define those goals, you’ll find yourself getting ideas for your next deliverable: an integration project road map, laying out which projects will be done first, which next, and so on.

Finally, put together a rule book offering guidance for design, deployment and operations. This rulebook should include contributions from multiple departments. The security team will want to include security guidelines, the operational team will have their requirements, etc.

To ensure this center of excellence gets the approval and support it needs, you need to have at least an IT director, if not the CIO, on the team.

Having executive champions helps the ICoE gain visibility in the organization. The center is less likely to come off as a skunkworks project if there are directors or C-level executives promoting the center’s strategic importance.

Executive sponsorship also helps the ICoE establish its authority as the go-to resource in the enterprise for integration. Once the center is established, you don’t want other groups doing their own integrations, flouting the ICoE’s guidelines and rules.

To standardize integration practices across an organization, an ICoE needs to guide all integration projects in one way or another. It’s easier to get that mandate and defend it with the support of high-level executives.

The ICoE team absolutely needs several people with good communication skills. Why? Because most likely the “marketability” of the center of excellence within the enterprise is going to be the key factor determining the center’s success.

You can have a great charter and a strong team, but if other departments in the enterprise don’t understand what the center of excellence is doing — if they don’t recognize the benefits it’s delivering — its days are numbered.

I’m not exaggerating. In our experience, we have found marketability to be the most critical factor in determining whether a center of excellence gains traction and thrives or whether it falls apart after a project or two.

People across the organization need to know about the ICoE and understand in concrete terms the benefits it’s delivering. These benefits should be the goals the team established back when it was putting together its charter and road map.

Make a conscious effort to communicate these benefits. The continued existence of the center depends on it.

Learn how the integration cloud serves as the foundation for highly effective, modern ICoEs. Read our new ebook, “Reinventing the Integration Center of Excellence.”

An ICoE may have a sweeping charter and an extensive road map, but it’s important to start small. Don’t over-commit. Don’t try to do too much at once.

Instead, take an iterative approach, just like you would for other projects. Identify use cases and take on projects that you’re confident can succeed. Early on, make sure you have the resources to meet your commitments.

To select these initial projects, go back to the center’s project charter. What is the center’s value? What critical issues is it addressing? Time-to-market? Re-usability? Governance? Better use of resources? Try to address at least one of these issues in initial projects.

A lot of these early wins will be in terms of labor. For example, when we help set up an ICoE and use the Boomi low-code integration platform, we typically find that integration development time is accelerated by a factor of five — projects that would have taken five months can be completed in one. Other projects that would have taken months or weeks can be completed in weeks or days.

This performance improvement quickly becomes visible to lots of people. It’s a huge savings in labor. People are suddenly free to tackle other projects much more quickly.

Business agility and time-to-market are also promoted with this approach. That critical integration between applications gets completed faster, and suddenly two departments are working together more efficiently. That’s visible to both departments, and probably to the CIO, the CFO and the CEO as well.

Part of the purpose of an ICoE is to connect people who haven’t been communicating (or communicating well) before. Identify the stakeholders in each integration project you’re taking on, and make sure they are communicating with each other.

One reason we like the Dell Boomi integration platform as the technology foundation for ICoEs is that its drag-and-drop, “clicks-not-code” development environment makes it easy to document integrations and transformations. The simplicity of the Boomi low-code approach facilitates sharing information with stakeholders and supports the center’s marketability.

When we used older middleware technologies five or ten years ago, it was much more difficult to explain what an integration was doing and how it would benefit the enterprise. With Boomi, the integration is built quickly, and we can use the interface to easily show and explain to non-technical users what’s being done and how the enterprise will benefit.

Interdepartmental communication is part of the center’s knowledge transfer. Collecting guidelines, standards, and other policies for integration is another part.

Inevitably, each integration center of excellence will be unique in some ways, shaped by company culture, business goals, existing IT assets and individual talent.

But there are commonalities across ICoEs. It can be helpful to have guidance from experts who have set up ICoEs in multiple organizations and have worked closely with IT organization. At the very least, with outside guidance honed by experience, you’re more likely to avoid common pitfalls. In addition, you may realize strengths and opportunities that might have gone unrecognized too long without an outside perspective.

That said, it’s important to remember that an ICoE depends on the internal team. Once it’s up and running successfully, it needs to be run and managed by employees.

So, by all means, take advantage of the experience and wisdom of consultants and of vendors like Boomi who have worked with lots of companies on these sorts of projects. But, ultimately, an ICoE depends on an organization to embrace it and take full responsibility to help it grow and thrive.

In a sense, an ICoE is all about integrating the talents and technologies scattered across an organization and turning them into a dynamic, effective whole. Now that’s true integration in action.

About the author: Ken Schmitt is a managing partner at TechStone Technology Partners, LLC

Want to build an integration center of excellence? Check out our blog Series to learn how: